Skip to main content
Back to All Events
(Nearby Event: )
Where:Club Red Telluride, 565 Mountain Village Blvd, Telluride, Colorado, United States, 81435
Get Directions Add to my Calendar 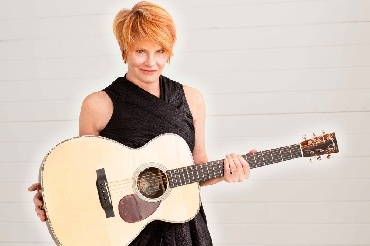 Shawn Colvin stopped the industry in its tracks with her arresting 1989 debut, Steady On. The following spring, Colvin took home the GRAMMY Award for Best Contemporary Folk Album, establishing herself as a mainstay in the singer-songwriter genre. In the ensuing 30 years, Colvin has won three GRAMMY Awards, released thirteen superlative albums, written a critically acclaimed memoir, maintained a non-stop national and international touring schedule, appeared on countless television and radio programs, had her songs featured in major motion pictures and created a remarkable canon of work.

Over the course of three decades, Shawn Colvin has established herself as a captivating performer and a revered storyteller, well-deserving of the commendation of her peers and the devoted audiences who have been inspired by her artistry. And as she enters her thirtieth decade as a songwriter and performer, she continues to reaffirm her status as a vital voice in music.
Doors open At 7:30 pm and the show starts at 8pm. Tickest are  $25.00

Back to top Book Now